Once upon a time, there was a website called Myspace, and it was the future of the internet. Myspace was supposed to mean the end of “big media companies” and the start of something new and exciting. Only it wasn’t. Myspace instead followed a predictable business pattern. In 2006, Myspace surpassed Google as the most-visited website in the United States. Ten years later, Myspace is the 1,522nd most visited site in the U.S.

Myspace followed the pattern of almost every consumer product or service: Start out with optimism and promise. Attract high-profile persuaders who, in the case of social media, add interesting content. Become the place to be. But the place to be soon gets crowded, and with that crowding, overall quality begins slowly to decline. A few users get out of line, and the original freewheeling spirit has to be replaced with some rules and a bit of policing. Users start leaving, especially if there is a newer, intriguing alternative.

If you have ever owned a nightclub, that pattern may sound familiar. Some variation of the pattern happens with almost every consumer product or service, website, or company. What makes something innovative and interesting is what attracts the people who end up making it dull and eventually useless. A buyer is then needed to bail out and reboot the operation, and when we are talking about online services, the most likely potential buyers are inevitably the dreaded “big media companies” who want the service’s database and anything else that might still be useful. But the sale needs to happen quickly at that point, because users may be leaving.

Consider the case of Twitter. For the last two years, the service has tried to crack down on the most extreme and offensive kinds of expression: outright and vile racism, sexism, and vulgarity, and what the internet calls “trolls.” While the motive behind establishing some rules is noble, Twitter at the same time seems to have lost some of its innovative, independent spirit, and some of the controversies in the news about some of the “tweets” seems to have smudged Twitter’s reputation.

The tweeters are not fleeing – yet – but the number of users has been stuck at about 300 million for the last two years. It would probably not be smart for a new owner to scrub Twitter clean of acrimony and contention. That is actually part of Twitter’s appeal. The challenge for any new owner will be how to rein in the genuine abuses while maintaining Twitter as a platform for dissent and activism. Certainly, the platform will change with new ownership, but until a new owner emerges, what is not clear at all is how extensively or in what way Twitter will change.

For weeks, there has been a great deal of speculation about the potential acquisition of Twitter by Disney. A social media partner could enable Disney, for example, to expand its live streaming plans for Major League Baseball games. Disney and Twitter could create an interactive platform where players, fans, and commentators communicate and enjoy the game together with live streaming and live tweets. According to a January 2016 research report by eMarketer, nearly 80 percent of U.S. retail executives believe the production of live streaming video events helps to create more authentic interactions with audiences.

India’s leading digital marketing, content, web design company is e-Intelligence, and its CEO, Jitesh Keswani, has been watching Twitter closely. Keswani says, “This, definitely, will be a brow-raising collaboration. With other tech giants like Alphabet, which is Google’s parent company and Salesforce up and in the close chase for acquiring the microblogging phenomenon, Disney so far appears to be ahead of the curve, obviously due to the seeming deeper pockets, backed up by the bankers’ lobby.”

“If and when this deal goes through, it will be after a sizeable time that Burbank-based Disney would acquire a media platform as against the recent traditions of buying intellectual properties. For Disney, this tie-up might mean a strong way to reach back to its cord-cutting customers, as Twitter recently began streaming for NFL games, which is just a tip of the ice-berg, in terms of its potential to cover mega network events. On the other hand, the San Francisco based Twitter is seen to benefit from Disney’s pure and family-oriented image. This is especially important as the social media giant has been facing fatal reputation problems in light of the recent happenings.”

Keswani’s conclusion is upbeat. “While there are divided opinions about the implications of this potential acquisition, with some even claiming that Twitter might lose its charm to the businesses as well as other media houses for running paid advertising thereon as they might see its content to be supremely influenced and rather dominated by Disney, I, being fortunate enough to be at the forefront of the digital marketing space, am quite positive about what the future might hold for these two global brands.”

Acquiring Twitter would also give Disney access to the flourishing video advertising market on social media platforms. A Cowen and Company survey published in Q1 2016 estimates that U.S. digital video ad spending will almost triple by 2020 to $28.1 billion from $9.9 billion this year. Although Twitter has had problems selling ads, the company’s recent plan to use video to attract new users (and thus new advertisers) seemed hopeful.

Google and Salesforce have also been mentioned as possible buyers. Nicholas Kinports, EVP for strategy at Notice Agency, says, “While Google could utilize data behind Twitter to bolster search and other ad products, the company has a poor track record when it comes to social networks. Disney has a rich library of content and sporting properties, which may make Twitter a more attractive acquisition. The company seems to know how to onboard a highly-prized property without alienating the fan/user base. Star Wars is the best recent example of this ability to ingest a brand without destroying what made that brand valuable to begin with.”

But Twitter has a plethora of other problems, and with its third-quarter earnings report coming out on October 27, a sale now is probably not going to happen. A Twitter board meeting scheduled in mid-October to discuss a possible sale was canceled. Twitter went public in 2013 at $26 per share. Over the last year Twitter’s stock had declined by more than a third, but in September, as rumors circulated about a sale, shares rebounded above $24.

However, by mid-October, shares of Twitter were down to $17.80. Google, Disney, and Salesforce, the three most commonly mentioned potential buyers, have now all apparently backed away from purchasing Twitter. “It’s unlikely anyone would step in and buy Twitter when the fundamentals are deteriorating,” Neil Doshi, a senior Internet analyst with Mizuho Securities USA Inc., told the San Francisco Chronicle.

Vic Patel is the founder of Forex Training Group. He’s a professional trader and investor with more than twenty years of experience in the stock, futures, and foreign exchange markets. He says, “The most recent word on the street is that Disney is not likely to pursue a bid to acquire Twitter. Logically speaking Disney and Twitter really aren’t a match made in heaven, as some put it out to be. Disney has typically acquired companies that it can bring in to complement its corporate ecosystem, and Twitter just doesn’t fit that bill.”

Mr. Patel explains, “Twitter is an animal onto itself and Disney would have a hard time integrating it into its other core businesses. But I do not discount this potential acquisition altogether, as stranger things have happened on Wall Street. More interesting, it seems that Salesforce, on the other hand, could be a potential buyer as well. And that marriage seems more likely to happen and ultimately a better fit as well.”

Whoever ends up acquiring Twitter must do more than merely turn it into an internet marketing agency for the parent company or another subsidiary. Despite its considerable problems, Twitter is well-established in the public mind as the “town square of the world,” and Twitter’s 300 million users might not want that to change. However, someone somewhere will have to justify spending up to $20 billion on a company that generates too many negative news stories but essentially generates no profit. Apparently, Disney, Google, and Salesforce are now unable or unwilling to justify that expenditure.

WHAT IS TWITTER’S SITUATION RIGHT NOW?

So Twitter’s remaining options are quickly starting to grow slim, SunTrust Robinson Humphrey analyst Bob Peck told the Chronicle. Twitter has failed so far this year to impress investors with its meager ad sales and its stagnant user numbers. In its latest quarterly earnings report, Twitter fell short of Wall Street’s revenue projections by a considerable margin, and investors have remained quite cautious while waiting for the release of the third-quarter results.

Nicholas Kinports of Notice Agency thinks Twitter’s future may be bright even without an acquisition. “Does Twitter need to be acquired? Why, the next two years could see a resurgence in the platform without outside ownership. By cutting exclusive deals with major sporting leagues, Twitter is capturing a highly valuable audience at the time they are most engaged. Those deals bring big value to advertisers, and may command a premium that allows Twitter to accelerate growth…. Twitter’s big bet on live streaming may drive their acquisition premium over $40/share.”

For the business people and professionals who engage in all types of marketing, Twitter is a valuable marketing tool, but until a buyer steps up, the future of the social media platform will remain murky. For Twitter to be genuinely worth something close to its present market value, it must gain broader appeal and become profitable on its own rather than as a cross-promotional vehicle or as an internet marketing agency for Disney, Salesforce, or anyone else. Will there be new owners willing to do what must be done at Twitter? In the months to come, we will certainly find out. 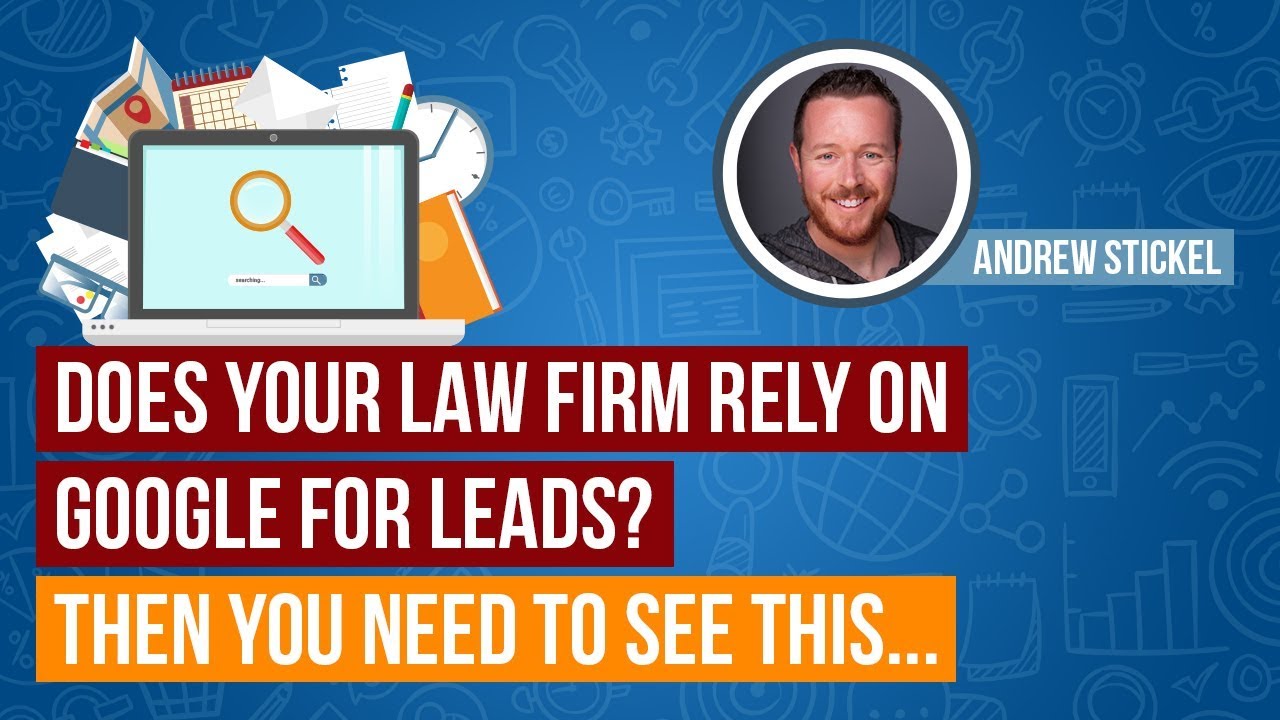